Inn Victoria, a bed and breakfast in Chester, Vermont salutes Misty Valley Books for their consistent & tremendous work in bringing the literary world to Chester, live and in person.

November brings Vermont Voices- Sundays at 2:00 at the Stone Church in Chester- with Vermont authors.  Archer Mayor kicks off the series on Sunday, November 4 with his new book, Paradise City. Sunday, November 11 brings biographer Willard Sterne Randall, author of Ethan Allen, to Chester;  and Governor Madeleine Kunin, will speak on Sunday, November 18 about her latest book, The New Feminist Agenda: Defining the Next Revolution for Women, Work, and Family. 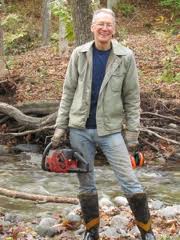 These live presentations are a fantastic forum for book lovers.  Penny and I have witnessed authors and publishers from around the world, participating in these readings, presentations and signings.  Take a peak at some of the upcoming events by Lynne & Bill Reed of Misty Valley Books:

Joe Gunther, with his team at the Vermont Bureau of Investigation, is alerted to a string of unrelated burglaries across Vermont. Someone, in addition to flat-screens, computers, and stereos, has also been stealing antiques and jewelry. Meanwhile, in Boston, an elderly woman surprises some thieves in her Beacon Hill home and is viciously murdered. The Boston police find that not only is the loot similar to what’s being stolen in Vermont, but it may have the same destination.

While Ethan Allen’s legend has endured through four centuries of American history, he remains, perhaps, the least understood of America’s founding fathers. Willard Sterne Randall, author of Benedict Arnold: Patriot and Traitor, and Thomas Jefferson: A Life, finally gives a three-dimensional portrait to this venerated leader of the Green Mountain Boys, a man whose fame was so great that he became a mythical figure, even in his own lifetime. Randall chronicles Allen’s upward struggle from precocious, if not unruly, adolescent to commander of the largest American paramilitary force on the eve of the Revolution. He traces Allen from his modest beginnings in Connecticut and illuminates his deeply rebellious nature, his attraction to deism, his dramatic defense of smallpox vaccinations, and his early support of separation of church and state.

Feminists opened up thousands of doors in the 1960s and 1970s, but decades later, are U.S. women where they thought they’d be?  The answer, it turns out, is a resounding no. Surely there have been gains. Women now comprise nearly 60 percent of college undergraduates and half of all medical and law students. They have entered the workforce in record numbers, making the two-wage-earner family the norm. But combining a career and family turned out to be more complicated than 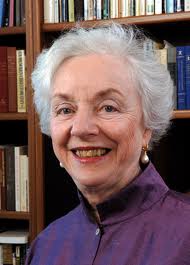 expected. While women changed, social structures surrounding work and family remained static. It’s time, says Madeleine M. Kunin, to change all that. Looking back over five decades of advocacy, she analyzes where progress stalled, looks at the successes of other countries, and charts the course for the next feminist revolution-one that mobilizes women, and men, to call for the kind of government and workplace policies that can improve the lives of women and strengthen their families.

Penny and Dan Cote
Owners of Inn Victoria, for lodging near Okemo Mountain