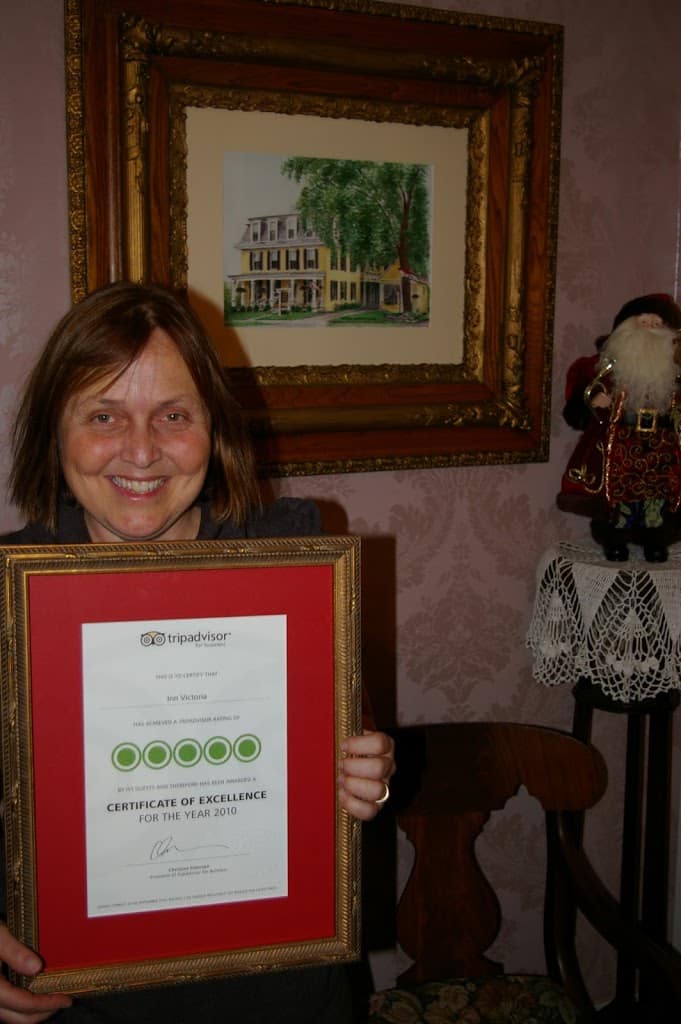 Inn Victoria, of Okemo Valley Vermont,  Earns a “2011 Award of Excellence” from TripAdvisor”!!   TripAdvisor has rated Inn Victoria, a Romantic Vermont  Bed and Breakfast, a full five point rating out of a total possible five!!!

Penny’s photo below shows a very proud smile for earning the 2010 Award of Excellence from TripAdvisor.  Can you believe it?….two years in a row!  I promise to blog the award again when we actually receive the certificate in the mail; and when we do, I’ll be sure to include Jessica, our Assistant Innkeeper.  Jessica has facilitated the 2011 award from TripAdvisor just as much, if not more than Penny and me. 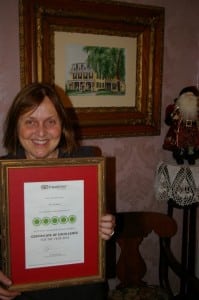 More than anyone, Penny earned the 2010 award for Inn Victoria.  So here she is, proud as can be.  She had the award framed and now hangs on the wall with other previously prestigious awards the Inn Victoria has earned in the past.  In 2009 the Inn earned “Best Romantic Bed and Breakfast in Vermont” by Yankee Magazine.  In 2008 Inn Victoria earned Tripadvisors’ recognition, “10 Best B&B’s in the US”.   And as you already know, just a few months ago, Inn Victoria earned an international award from Lanier B&B.com for Inn Victoria, High Tea.

Thank you all for writing your comments to TripAdvisor and other rating agencies.  These awards make a great word of mouth marketing tool.